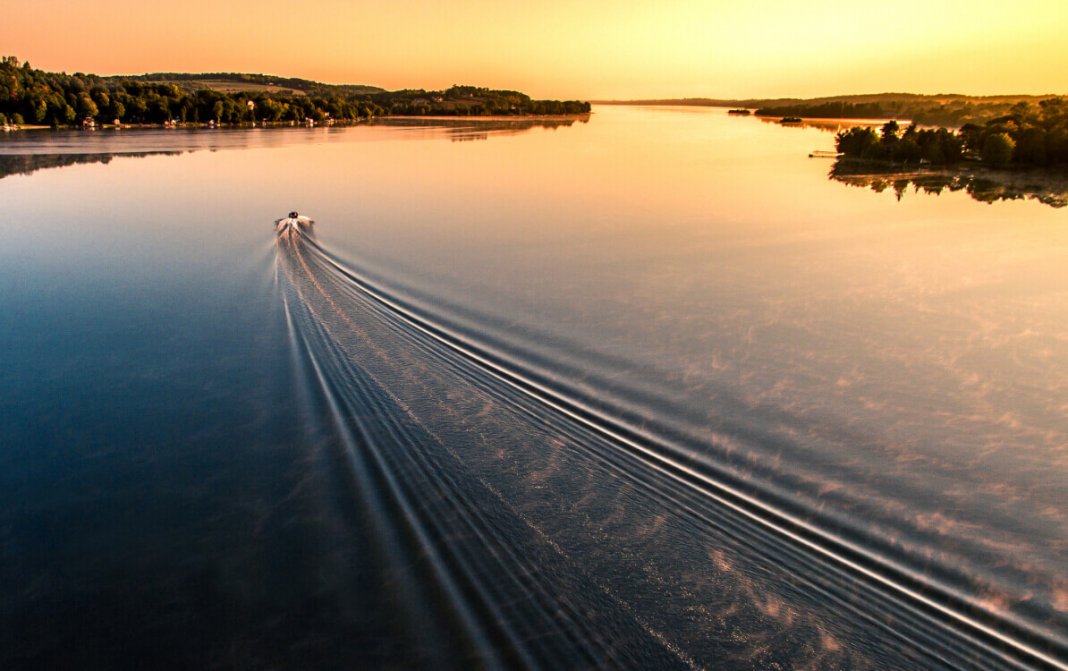 I have always been fascinated with aerial photography for as long as I can remember. I come from a family of military and civilian pilots, giving me early childhood memories as of squishing my face up against the window of an airplane to view the landscapes below. Years later I would have never imagined that I’d be turning that fascination with aerial images into a career. With the endless possibilities that come with a camera unbound by gravity, the Inspire 2 BUY NOW has become the most important piece of gear in my media kit.

I’m extremely fortunate to be able to travel with the Inspire 2 for work, flying in new areas and exploring the diverse terrain of North America. Each region is entirely different from others, spanning the Rocky Mountains, the endless flat Prairies, the Great Lakes, and into the rugged shores of the Atlantic Ocean. The conditions in each region can be so diverse, it can seem that you’re on another planet. They can pose unique challenges, but also some of the greatest rewards.

If there is one continuous theme that ties my work together, it would have to be water. This flowing element carved out landscapes, created transportation for industrial cities, and guided explorers remains a dominant feature in how I shoot. The waterways have affected the way people interact with their local environment in many ways, and it has similarly shaped that way that I document that activity. Whether it’s boating canals in the summer or skating across frozen lakes in the winter, water has a relationship with the majority of scenes  I capture. It’s that contrast below­ — between land and water, between Earth’s seasons — that I find so interesting. It’s those differences that can create a meaningful impact on an image.

Showing seasonal contrast can best be done with composite images, consisting of two or more photos combined into a single final shot. Composites take a fair amount of planning and even more patience to complete, as you often have to wait for different times of the day or even opposing seasons. It’s not uncommon to wait half a year for the conditions to change and become ideal. Because of this, I take meticulous notes that cover drone position, settings, and even the appearance of light and shadow within the image. Since daylight is drastically shorter in winter, it can often take an enormous effort just to get the shadows laying in the right direction. Ultimately, the patience pays off; once the composite is complete, it creates a surprising juxtaposition that can’t be shown in another style.

Shooting the various seasons can present particular challenges, but these difficulties that can be remedied with planning. Most importantly, I always carry a portable  landing pad with me for the situations that involve tall grass or deep snow. In some circumstances, having a flat surface to operate from can mean the difference of getting airborne and staying grounded. In the Winter Canvas photo, it was important to leave the snow surface as undisturbed as possible. Fresh, deep snow on a flat surface has the amazing ability to blanket all detail, creating the effect of a blank white canvas. I wanted to use this effect to illustrate the visual of exploring winter’s potential with a person walking through fresh snowfall, free from any distractions. We set up a landing pad and operating area just out of frame to leave the field clear before shooting. The landing pad has the additional advantage of reducing downward blast from the props as the drone takes off, reducing blown snow that would interrupt the surface.

When shooting in the winter, preparing yourself and the drone for the colder conditions is a priority. There is no point in having a warm and acclimatized drone if you yourself are not ready for frigid weather. Proper warm clothing, boots, and gloves that allow unhindered access to the controller make a winter shoot achievable. Instead of freezing to death in the middle of a field, only to be excavated a thousand years from now and put on display in a museum as the “Frozen Drone Man,” you’ll be free to focus on your shot, capturing those amazing winter visuals. Prepare yourself, then prepare your drone with battery insulators and hand warmers and the drone will function optimally to fly all day.

A change in seasons ushers breathtaking transitions in nature. However, these occur so rapidly that shooting them can often simply be a case of being in the right place at the right time. While it is important to do your research and plan ahead, you can also sometimes stumble upon some of the greatest images entirely by accident. For the Autumn Fields photo, I was returning home from shooting another project when I noticed a freshly plowed field with a line of colorful trees in the background. I had no idea of the depth of color and detail that I was about to witness until I put the drone in the air. Always remember that it never hurts to explore your terrain!

Nothing illustrates the case of being in the right place at the right time more than lighting. I always make it a point to scout a location to survey lighting ahead of an important shoot, then return when lighting is in the ideal position. Sometimes the slightest changes in the sun’s position can create a drastically different image. It’s an effect that you can use to your advantage to highlight certain details, spotlight certain subjects, and draw the eye where you want. During the boating shoot on Lake Chemong, we had set out to shoot at sunrise while the mist still rose from the glassy water. Right as the sun crested the horizon, it illuminated the fog without creating any reflection and shimmer on the water through the boat’s wake.

You can also use sunlight to your advantage to highlight taller objects. In Lighthouse Islands, I waited until later in the day to reduce the glare of the sun hitting the water. At the sun’s lowest point only the lighthouse island itself was illuminated, while the off-camera glare created a fantastic golden hour bloom.

When waiting on light conditions, it can also be incredibly important to bring additional power through extra batteries and chargers. The best shooting conditions will often happen when you are down to your last set of batteries, so always be sure to bring not only extras along, but the ability to charge up as well. A portable car-powered battery charger can be a valuable accessory when you’re on the road shooting all day.

Exploring and traveling with the drone is no longer something that I do solely for work. It has become such an enjoyable experience that I genuinely devote my spare time to drone missions multiple days of the week. The ability to get a drone airborne can increase your range exponentially, letting you discover new landscapes not visible from the ground. My Inspire 2 has become my best travel companion. While hiking and exploring Bruce Peninsula in the Great Lakes, I had heard stories of numerous shipwrecks dotting the coastline. The Great Lakes are notorious for sudden, fierce storms that claim vessels and their unfortunate crews to the dark, cold depths. Crippled during a severe storm, the Gargantua was one of those victims. The ship was towed into a calm bay for repairs, only to become lodged in the shallow sandy waters. Later a fire on board would claim the remainder of the ship. I hiked out towards the bay from a lighthouse, not knowing the exact position of the Gargantua. Once in the air, a rusty hull emerging from the water announced its position almost as if someone was raising their hand. That was that “Wow!” moment — when the drone is airborne and you have a new and unique view of something — that makes this my passion.

It’s also a drone’s unique perspective that allows for creativity in new and abstract ways. The top-down view was something that was not achievable for the masses until only very recently. Using these new perspectives to show everyday activities can be incredibly refreshing. I was finding that I’d revisit old locations that I had shot numerous times from the ground, only to discover new elements and angles from the air.

Having a drone in your media kit opens so many doors and opportunities. To no longer be bound by gravity will change your perspective on landscapes and how you shoot. There are some incredible possibilities out there, with planning and preparation you and your drone can achieve the impossible. Get out there, get airborne and have fun!