Right before the hustle and bustle of CES 2018, DJI unveiled the all-new Ronin-S, a three-axis stabilizer designed especially for both mirrorless and DSLR camera systems. The Ronin-S is the company’s first-ever single-handed professional camera stabilizer in their Ronin series.

The Ronin-S comes equipped with a host of features, including DJI’s patented SmoothTrack technology, which offers customizable controls for ease of access and accessory mounts for add-on support.

However, what will likely get most camera enthusiasts slack-jawed with excitement is the stabilizer’s ability to handle different lens combinations with compatibility for Canon’s 5D series, Panasonic’s GH line of mirrorless shooters, and Sony Alpha systems (to name a few). 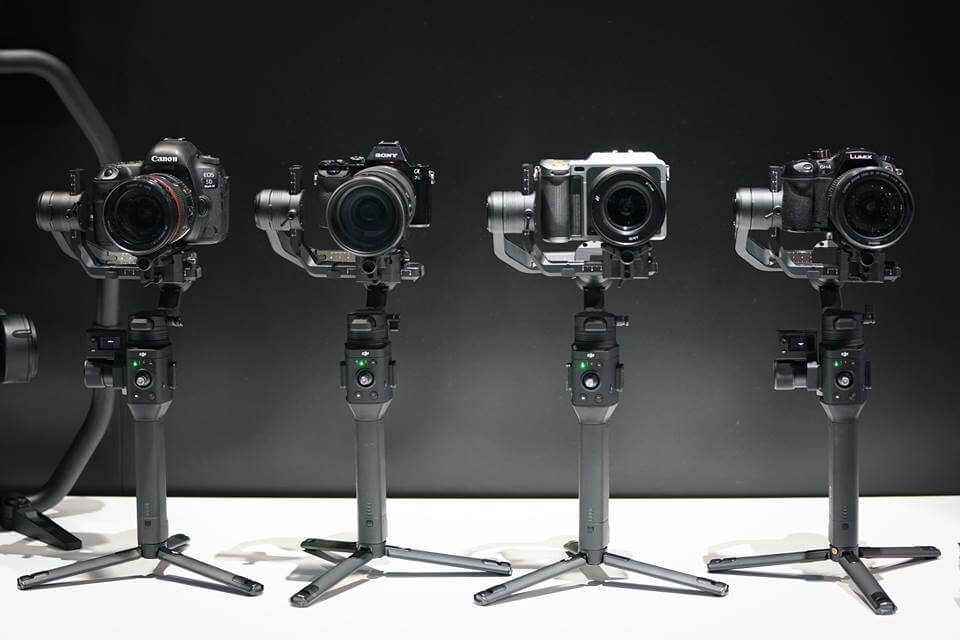 Compared to other single-handed gimbals on the market, what catches the eye with the Ronin-S is its innovative design. Where other manufacturers have tried, DJI has succeeded with the Ronin-S by elevating the camera payload above the roll axis, keeping the camera’s built-in display visible and free of obstruction. Similar products on the market use a more traditional design where the roll motor blocks the camera’s display. 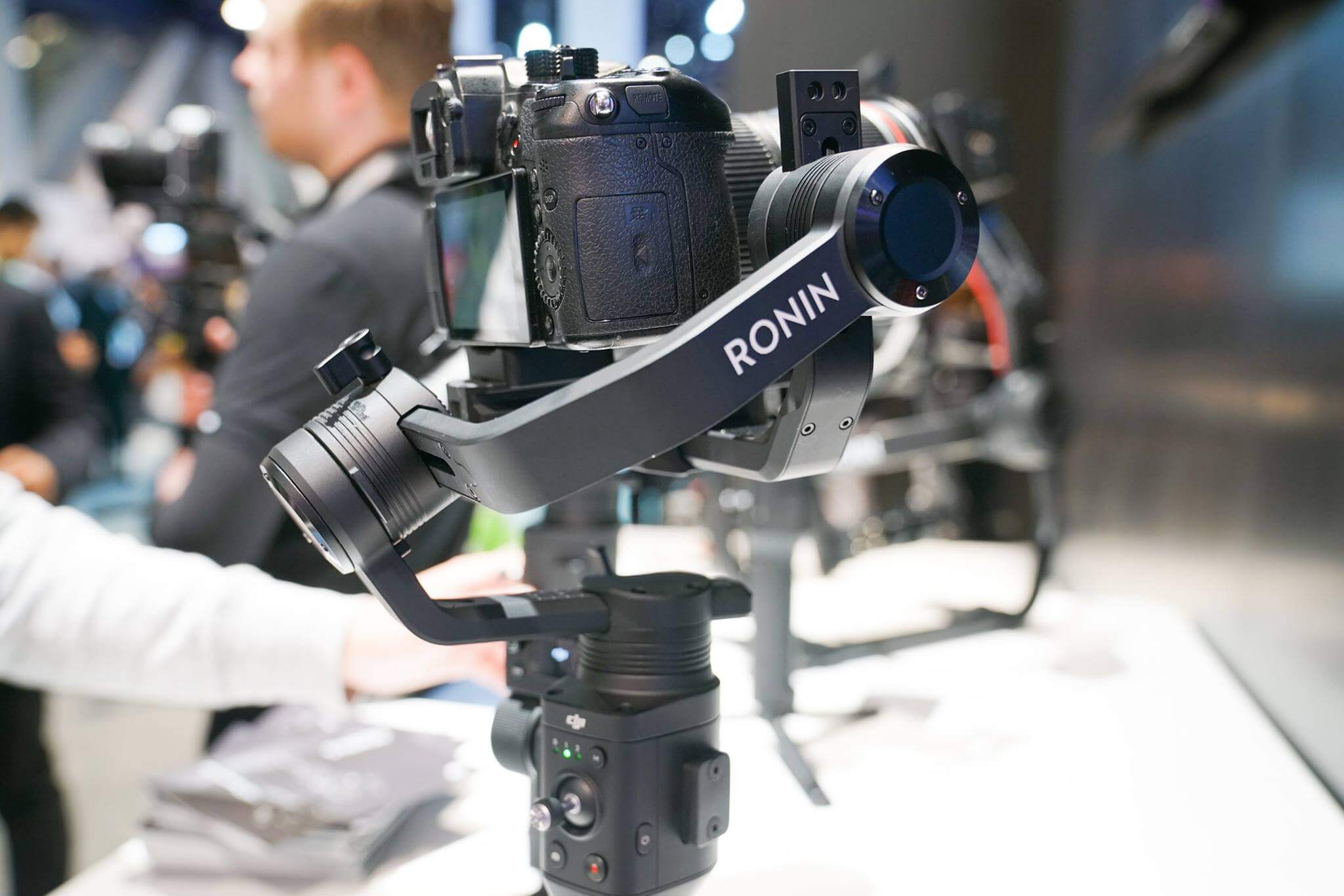 It’s also easier to tune the gimbal’s mechanical balance with the axis locks and built-in safety latches. These features ensure that the camera payload doesn’t slide off the gimbal accidentally. Other single-handed stabilizers on the market do not feature an axis lock, making it hard to focus on balancing one axis at a time. Additionally, when you’re not shooting and switch off the gimbal, your camera might flop around when traveling.

Non-detachable grips on other similar products mean that the setup remains tall, which is far from ideal when shooting from low angles. But the detachable battery grip on the Ronin-S minimizes the overall footprint of the entire configuration and can be easily mounted to platforms like an RC buggy for low-angle shots, offering you even more creative freedom when shooting in limited spaces.

Lastly, the ergonomic grip design frees up the gimbal from unwanted shake as you shift from underslung to an upright position in one smooth take. 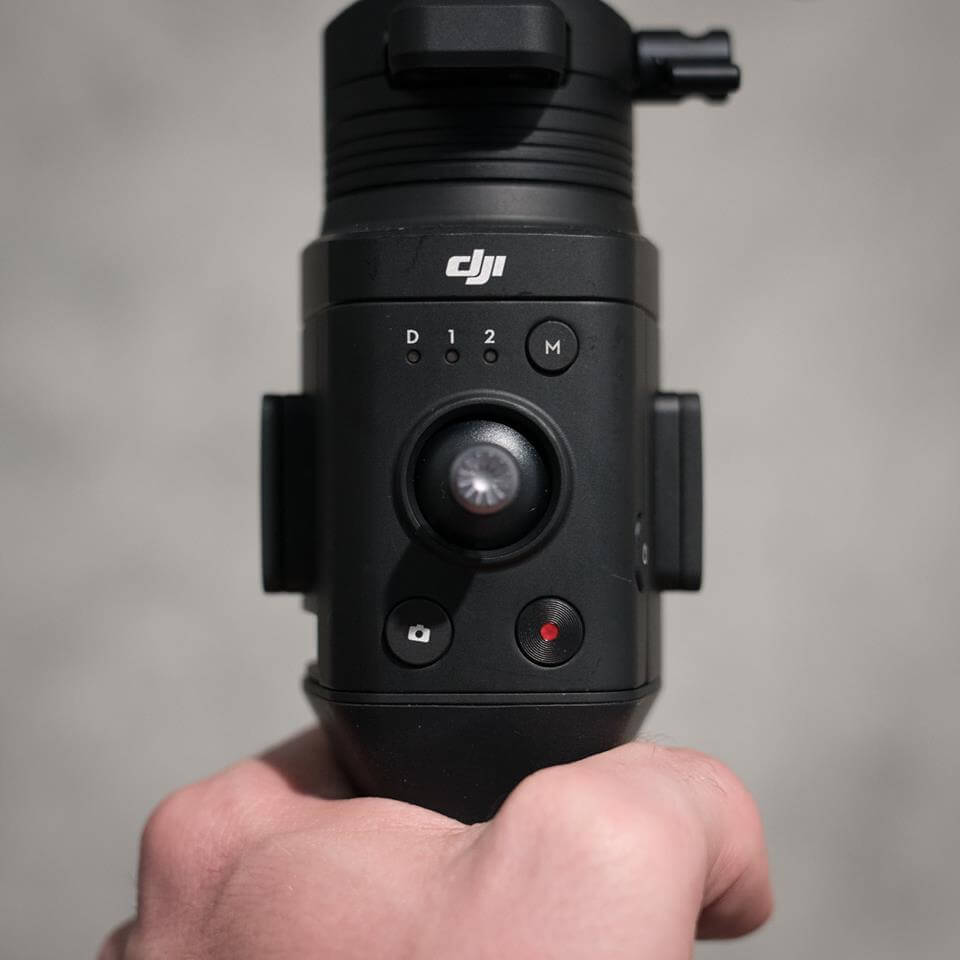 Where other product joysticks on single-handed stabilizers are less responsive to the touch due to imprecise control algorithms, the Ronin-S inherits DJI’s advanced algorithms from the inimitable Ronin 2, making for a smoother control experience. Drawing the perfect curve with the Ronin-S built-in joystick has never been easier.

Users now also have the option of controlling the Ronin-S intuitively through the new DJI Ronin mobile app. The app allows access to multiple intelligent features that transform complicated camera or tripod movements into simple, straightforward processes. The Ronin-S can automatically take a panorama or hyperlapse through the app. Furthermore, the setup process of these features allows users to input critical parameters such as lens focal length, image capture interval, etc., offering more precision control for your creative endeavors.

SmoothTrack technology on the Ronin-S effortlessly translates your movements into stable, cinematic footage. Two customizable parameter groups enable you to store your favorite SmoothTrack settings, switching between them in a single click, without jitter and the need for a system reboot. Now you can plan your long take freely without having to worry about any functional limitations.

A new Sport mode intelligently increases SmoothTrack responsiveness, enabling you to catch up with fast-moving subjects for high action scenes. Activating Sport mode is quick and easy. Just hold the dedicated mode button, and it will engage instantaneously. No more frustrating menu diving at the risk of losing that all-important moment.

Additionally, the Front Trigger of the Ronin-S offers users another layer of freedom when they need to turn off SmoothTrack temporarily. This is useful when making radical movements but needing to stabilize your footage fully. Just press and hold the Front Trigger, and the Ronin-S will lock the camera orientation, regardless of how your hand or body moves. 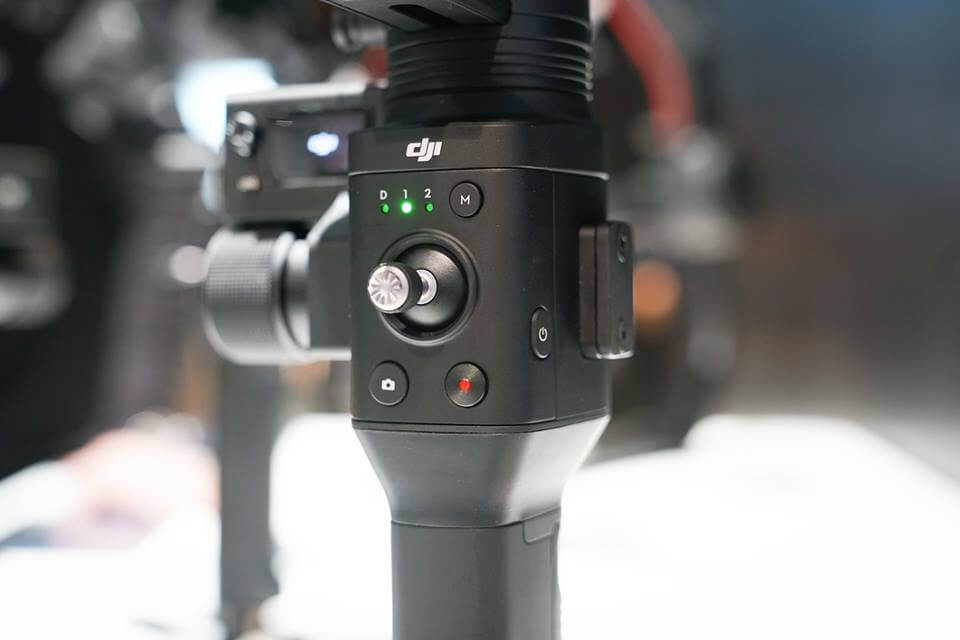 The Ronin-S can be easily mounted to an RC buggy for low-angle shots or even act as a stabilized remote head when mounted to a jib. The dedicated DJI Focus Command Unit can be mounted to the accessory dock, enabling creators to pull focus when operating with the standard handle. You can also attach the Ronin-S to a dual-handheld bar without compromising control of the gimbal, focus, or the camera shutter. 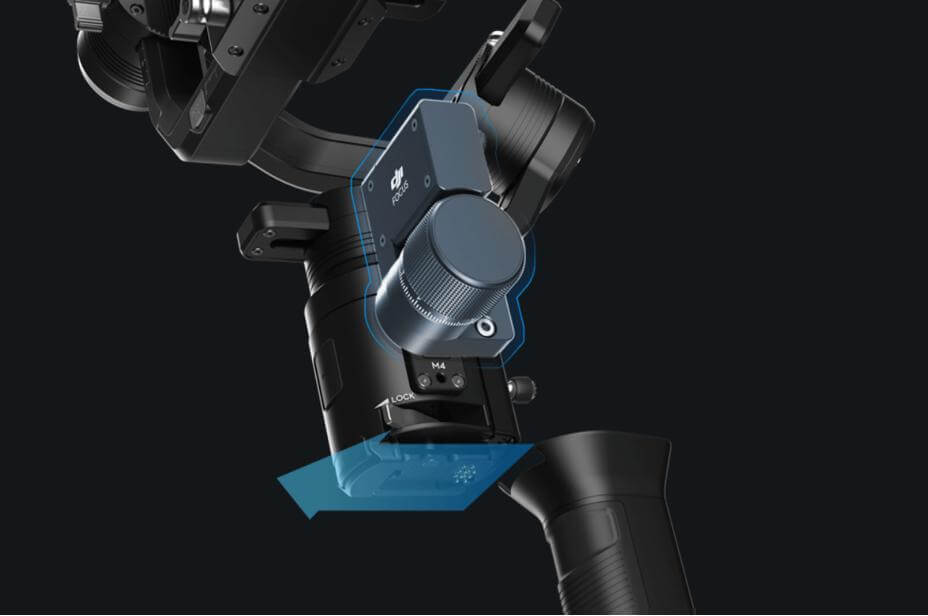 Multiple power outlets and data ports are placed intuitively around the Ronin-S. 12V DC power is supplied through the USB-C port and 2×8-pin connectors, giving the Ronin-S the ability to fully integrate a wireless video transmitter, controller receiver, lens control motors, or even a compact size field monitor.

The dedicated Cheese Plate adapter with multiple industrial-standard screw holes is designed to allow users to mount or connect their favorite third-party accessories. And the 1/4″ screw hole at the bottom of the battery grip offers quick Ronin-S connectivity to any standard tripod or stand.

Final pricing hasn’t been announced as of yet. However, the Ronin-S will be arriving at DJI’s online store, DJI flagship stores, and DJI authorized retail stores in the second quarter of 2018. Fill in this form to be notified when it becomes available.

Learn more about the Ronin-S on the DJI website.